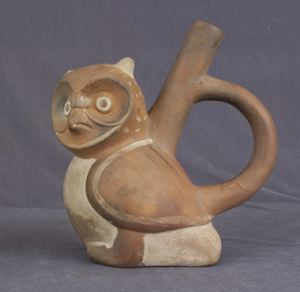 Spout and Handle Vessel in the Form of an Owl

Your current search criteria is: Keyword is "BBLAQ" and [Object]Object Type Sub 1 is "Vessels" and [Object]Period/Era/Dynasty is "Early Intermediate Period".