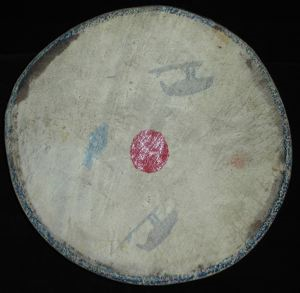 Wood and tanned hide with paint and ink

Keywords Click a term to view the records with the same keyword
This object has the following keywords:
Arctic*, Athapaskan*, musical instruments*, Native American*, North American*
Additional Images Click an image to view a larger version