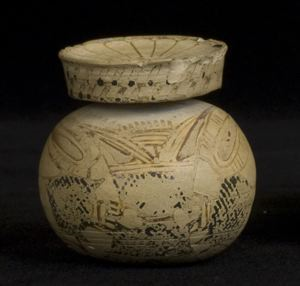 Your current search criteria is: Keyword is "BCFUZ" and [Object]Culture-Nationality is "Corinthian, (transitional betwen Middle and Late Corinthian)".