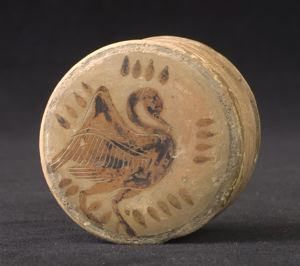 Classification: Containers and Vessels; Boxes
Culture/Nationality: Corinth
Keywords Click a term to view the records with the same keyword
This object has the following keywords:
Archaic*, Black-figure*, Corinthian*, incising*, pyxides*
Additional Images Click an image to view a larger version

Your current search criteria is: Keyword is "BCKNM" and [Object]Country of Creation is "Greece".