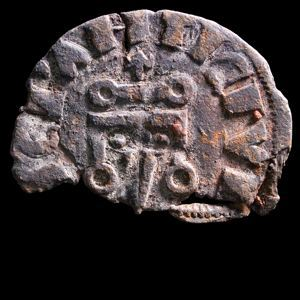 Byzantine (?) Denier Issued by Philip of Tarentum, Despot of Epirus