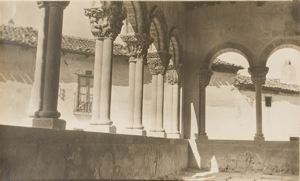 The Church Porch at Noon