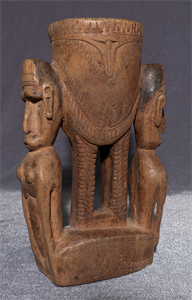 Gift of Ann Chowning, Class of 1950, Instructor of Anthropology

70.E80.2_BMC_s.jpg
Exhibition List
This object was included in the following exhibitions:

Your current search criteria is: Keyword is "BCURU" and [Object]Century is "20th century".