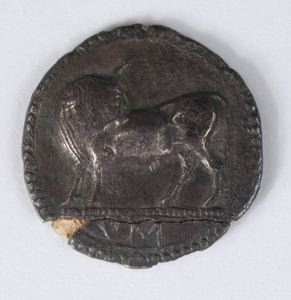 Monarchic or Classical Silver Coin of Sybaris Issued by Augustus

Your current search criteria is: Keyword is "BEKRK" and [Object]Country of Creation is "Italy" and [Object]Culture-Nationality is "Lucanian".