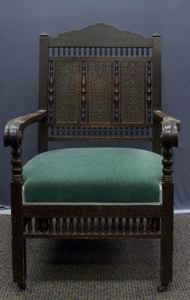 Deanery.355_BMC_f_2.jpg
Exhibition List
This object was included in the following exhibitions:
Bibliography List
The following Bibliography exist for this object:
Related Object(s) Click a record to view

Your current search criteria is: Keyword is "BGRUS" and [Object]Object Type Sub 1 is "Furniture".