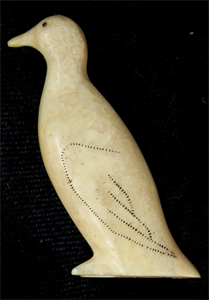 Small Carving of a Bird