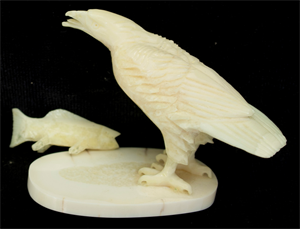 Carved Sculpture of a Bird of Prey and a Fish