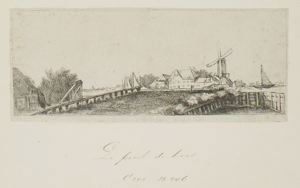 Bridge near the Water