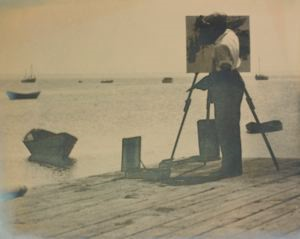 Artist Painting at Easel on a Dock

Gift of John and Marjorie Silver