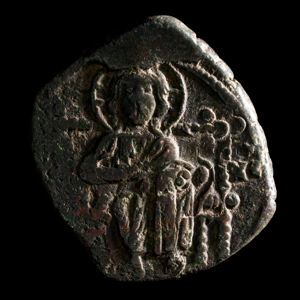 Byzantine Follis of Constantinople Issued by John I Tzimisces

Keywords Click a term to view the records with the same keyword
This object has the following keywords:
bronze*, Byzantine*, folles*, thrones*
Additional Images Click an image to view a larger version