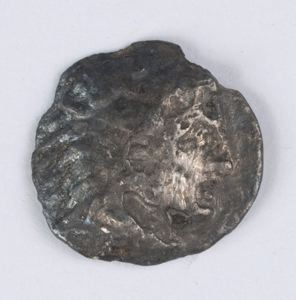 Hellenistic Hemidrachm of Macedonia Issued by Alexander the Great