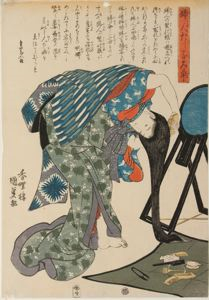 Arranging the Hair, from the series Fitting Acomplishments for Women (Fujin tashinami-gusa)