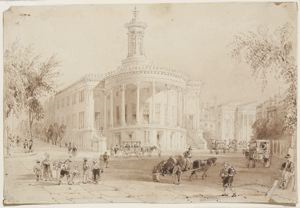 The Exchange and Girard Bank