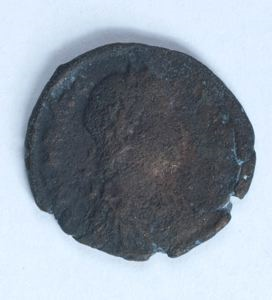 Byzantine Bronze 3 of Thessalonica Issued by Theodosius I