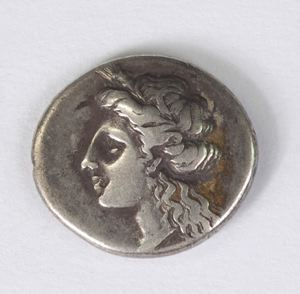 Classical or Hellenistic Hemidrachm of Hermione