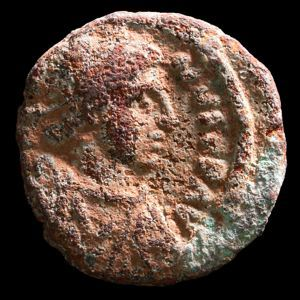 Byzantine Pentanummium of Constantinople (?) Issued by Justinian I