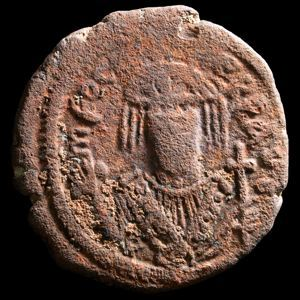 Byzantine Half Follis of Cyzicus Issued by Phocas