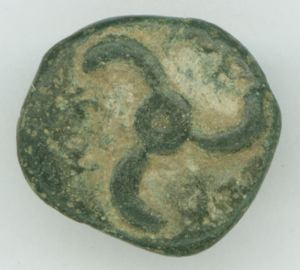 Classical Bronze Coin of Lycia Is. by Parikla, Dynast of Lymyra, King of Lycia

Your current search criteria is: Keyword is "BVASV" and [Object]Country of Creation is "Turkey" and [Object]Culture-Nationality is "Lycian or Greek".