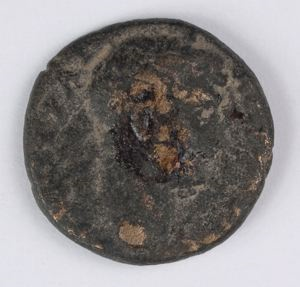 Imperial Bronze Coin of Side Issued by Hadrian