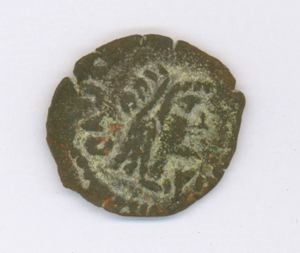 Ancient Imitation or Forgery of Hellenistic Copper of Cyrenaica Is. by Ptolemy V

Your current search criteria is: Keyword is "BVASV" and [Object]Period/Era/Dynasty is "Ptolemaic".