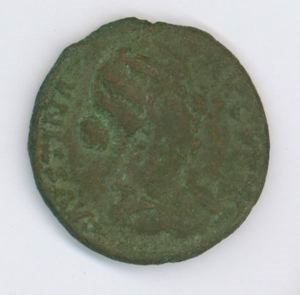 Imperial As of Rome Issued by Marcus Aurelius and Lucius Verus