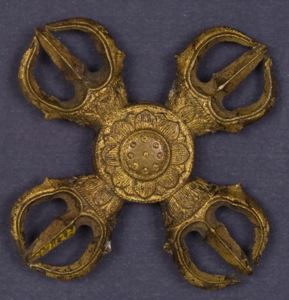 Classification: Ceremonial and Performance Artifacts
Culture/Nationality: Tibetan
Collection: Helen B. Chapin '15 Collection
Keywords Click a term to view the records with the same keyword
This object has the following keywords:
Asian*, bronzes*, Buddhism*, religion and mythology
Additional Images Click an image to view a larger version

TN.154_BMC_f.jpg
Portfolio List Click a portfolio name to view all the objects in that portfolio
This object is a member of the following portfolios: