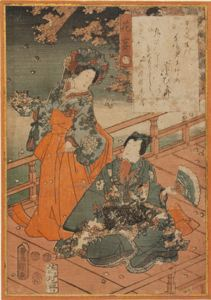 Ch. 8, Hana no en, from the series The Color Print Contest of a Modern Genji (Ima Genji nishiki-e awase).

SB.53_BMC_f_2.jpg
Portfolio List Click a portfolio name to view all the objects in that portfolio
This object is a member of the following portfolios: