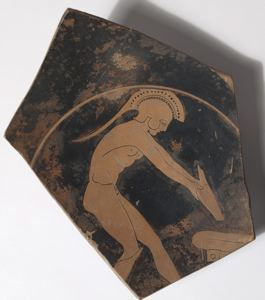 Attic Red-Figure Kylix (Drinking Cup) Fragment
P.205
Portfolio List Click a portfolio name to view all the objects in that portfolio
This object is a member of the following portfolios:

Your current search criteria is: Keyword is "YUBH:YUBI:BEUUP:BFMTG:BFMUI:BGIYD:BGJAS".