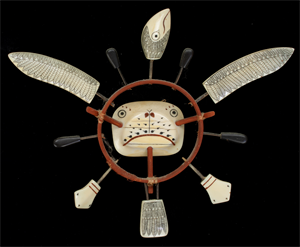 Your current search criteria is: Keyword is "YUBH:YUBI:BGLWX:BGLXB:BGLXF:BGLXR:BHGTS:BHGUQ:BHGUU:BHGUV" and [Object]Object Type Sub 1 is "Ritual Objects" and [Object]Century is "20th century, 21st century".