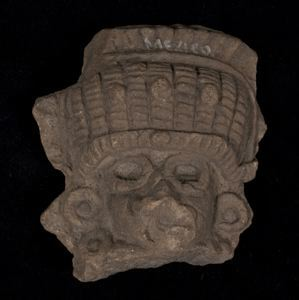 Culture/Nationality: Teotihuacan
Collection: William S. Vaux Collection of the Academy of Natural Sciences of Philadelphia
Keywords Click a term to view the records with the same keyword
This object has the following keywords:
figurines*, Pre-Columbian*, sculpture*, statues*
Additional Images Click an image to view a larger version

71.4.1_BMC_f_2.jpg
Exhibition List
This object was included in the following exhibitions:

Your current search criteria is: Keyword is "YUBH:YUBI:BILYI:BUEKM:BUEKQ:BUEKU:BUJCV:BUVSM:BUXNC:BUXZG" and [Object]Period/Era/Dynasty is "Teotihuacan II, III, IIIA".